whooooooooooooah! where does the time go?

I got really behind with updating and posting!!! 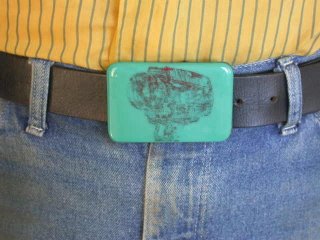 I spent all day catching up-- photographing all the AMAZING donations for our ETSY SHOP, finally (sorry everyone who donated over a month ago). There are skull rugs, super 8 glass belt buckles, quilted totes, messenger owls... all for sale to help us with our expensens. 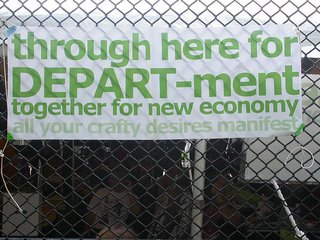 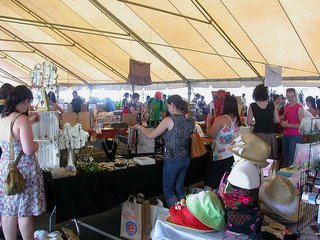 We did some shooting on the HOTTEST friggin' weekend of the year in Chicago at the Pitchfork Music Festival (so I can't really complain) where the RAD peeps of Depart-MENT set up shop to sell to over 30,000 people. GULP, yeah,,,, um I did mean over 30,000 people!!! It was pretty much mind blowing. 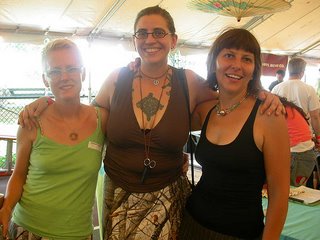 We were there for the set-up, the calm before the storm and did some talking with organizers Laurie Freivogel (KIKU), Sarah Bortt and Janet Ecklebarger (Gleen Desings). Please note there are other organizers of Depart-MENT too.... we just didn't catch up with them. 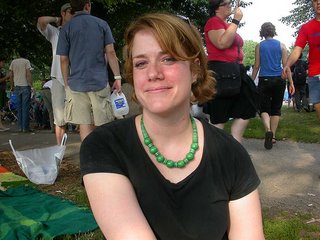 Later on in the day before I hit the wall with the heat, music and 30,000 other bodies we did a great interview with Besty Greer of Crafivism.com I have to say I was super duper excited to get to talk with Betsy and just lucked out that she was there to see all the bands all the way from North Carolina!

We saw some good music too-- CSS, Devendra Banhart, Danielson and Trantula A.D. to name just a few!!